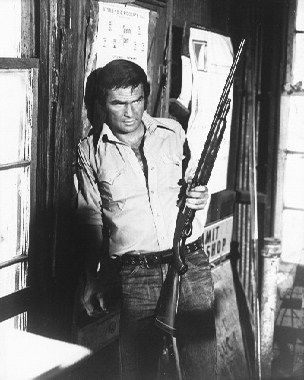 Don’t worry, I’m not going to invoke Jeff Foxworthy in this post. Hell, I won’t even mention him.

Sitting around in airports most of the last two weeks has allowed my mind to wander — probably a bit too much. Not long ago, I got to thinking about writers and movies, and how my favorites all seem to have something in common. I couldn’t quite put my finger on it, other than that commonality had its roots, its very breath of life, in the South. And not just the South, the Deep South. And not just the mint-julep, y’all-come-back-now, belle of the ball Deep South. More like the moonshine, you-ain’t-from-around-here-are-you-boy?, crazy-aunt-with-a-shotgun Deep South. But not stereotypes, which are all too common and all too easy. I was thinking … “redneck noir.” Hey, that sounded pretty good — I thought I actually had an original idea! Until I Googled it the next morning.

Yeah, it’s been used. But it hasn’t really been defined, at least officially (whatever that means). I’m going to run with it. So you heard it here first.

So, what does it mean? I guess the first part is to define “redneck.” As I said, it’s not stereotypes, although stereotypes do play into it. To me, there’s a redneck culture that — while including NASCAR, moonshine, an accent and coondogs — that involves more a way of life than anything else. (Believe it or not, a politician defined it just about as well as anyone ever has. See Virginia Sen. Jim Webb’s Born Fighting for a lengthy discourse on the redneck culture).

And even the word deserves a little more scrutiny here. Contrary to what people outside the South may think, not every Southerner sees him or herself as a redneck. Kind of like a lot of Cajuns think the word “coonass” is an insult to Cajuns, some Southerners get offended if you call them a redneck. True, within Southern culture, there are very distinct social lines, both in the black and white cultures. In other words, while folks up in Michigan (where I’m sure you could find a redneck or two) may refer to all Southerners as rednecks, down in Mississippi, it’s a totally different distinction. This, in sociolinguistics terms, is called covert prestige, which is a fancy way of saying, “We may call each other that, but you can’t.”

But I’m digressing. When I use the term, I am referring to a culture, not a type of person (I could spend another 20 minutes drawing the distinction between “redneck” and “white trash” but that’s another story). A culture that is primarily, but not exclusively, Southern. It’s not quite Everyman, more like Everybud. It’s typically a working-class, pragmatic — even fatalistic — culture that measures its members by their personal honor (which is defined by the group ethos), their “guts,” their skill in certain real-world situations (whether it be outwitting a crooked cop, running a trot line or having the best business in town). It’s people built from the ground up, who respect an honest day’s work and are suspicious if not outright distrustful of those with power and/or wealth. They don’t want to be told what to do, and they aren’t likely to tell you how to go about your business. They can take a lot of the world’s tough lessons because they’re used to it, but push them too hard and they won’t just push back, they’ll knock you on your ass. They’re proud and stubborn, and loyal almost to a fault. And if you betray that loyalty, you are dead to them.

So to tell the story of this culture, in a redneck noir way, is to stay far, far away from stereotypes. Our literature and movies are filled with examples of getting it all wrong. I remember a cringe-worthy “Shake and Bake” commercial from my youth that made Southern kids look like a bunch of dunces. And I will say with a straight face that The Beverly Hillbillies was closer to the truth than The Dukes of Hazzard.

So who gets it right? Who set the standard? The standard, if there is in fact one, had to originate with Faulkner or Flannery O’Connor. Don’t believe me? Read (or watch via Netflix) “Barn Burning” or read Wise Blood. “Barn Burning,” one of Faulkner’s short stories, highlights the Snopeses, a Mississippi family that appears throughout his writings. If you strip away the convoluted language, the stream of consciousness and the profundity of what Faulkner was doing, therein is the redneck culture. And it’s been copied ever since. There are a few writers who have, in my opinion anyway, nailed it. James Dickey, for example. No, I’m not talking about that damn scene in Deliverance. Forget that part, and really focus on the locals in that movie — not how they talk and look, but who they are.

Speaking of Deliverance, Burt Reynolds got it right. In his early movies (Gator, White Lightning), Reynolds got inside the redneck male’s psyche and pulled it out for all of us to look at. One of the best, and most hilarious, looks at the culture came from Roy Blount, Jr.  Blount wrote the laugh-out-loud Crackers (another derivative of redneck that is in fact an insult) shortly after Jimmy Carter won the presidency.

Today, the landscape feels a little different. Like the Westerns of old, which were reinvented into what some now call Revisionist Westerns, today’s redneck writers have most definitely injected the noir into it. My three favorites are all very similar in style, and they’re all from Arkansas. Of course I’m talking about Billy Bob Thornton. Say what you will, but the man’s a genius when it comes to writing the South. Sling Blade is, as far as I’m concerned, the most perfect piece of fiction ever put on the screen. Nobody has ever captured the dialect, the culture, the whateveritisthatmakesuswhoweare like Thornton did with that movie.

Not to get too “inside baseball,” but here’s an example of what I mean. Sometime at the beginning of the movie (or the version I rented anyway), an image appeared onscreen – presumably, a sling blade. When I saw that image, I remarked, aloud, “That’s what my daddy used to call a ‘kaiser blade.’” Then, very early in the movie, Thornton’s character (Carl) states that he killed his mother with “ … a kaiser blade. Some folks call it a sling blade. I call it a kaiser blade.”

After I saw it, I almost quit writing fiction altogether because I thought I could spend the rest of my life and never get anywhere close to that. The other two writers that are in this group are Ray McKinnon and Walton Goggins. You may remember McKinnon from “Deadwood.” He’s also currently in “Sons of Anarchy.” He’s also a hell of a writer.  Redneck down to his toes. He and Goggins are sort of writing and acting partners and won an Oscar for their short, The Accountant. It’s a grim look at poverty, alcohol abuse, hard people and hard decisions. It’s also nearly as arresting as Sling Blade. The scene around the campfire brought me completely off my couch in awe. Goggins and McKinnon also wrote, produced and starred in Randy and the Mob, a hysterical, odd movie — same themes, different twist. And they’ve teamed up with Billy Bob. Goggins is also in the cast of “Justified,” where he plays an Iago-esque villain and foil to the hero.

And now that I mention “Justified,” Elmore Leonard gets it right, too — and he’s not even a Southerner. Leonard wrote the short story that became the series, and his novels typically feature at least one redneck, or a character with strong redneck tendencies. His writing has been called “gritty realism.” But “Justified” is where he really gets it right, because it’s a really a story about characters, and there are plenty. I’ve written about the show before, so I won’t rehash it here, but this is the best working example of redneck noir in entertainment today.

But, my primary example is still the late Larry Brown. I’ve written about him before, too. While there are other Southern writers out there with the same style (Mississippi’s Steve Yarbrough and Alabama’s Tom Franklin), Brown’s work comes closest to defining the style I’m thinking about. He went on a tear with a group of novels – Dirty Work (1989), Joe (1991), Father and Son (1996), and Fay (2000) —  that  left me not only in awe of his skill as a storyteller, but genuinely moved by his depiction of a culture. Likewise, Yarbrough’s Oxygen Man takes the culture head-on – a white Mississippi male whose only real friends are black men with whom he works on a Delta catfish farm. At first glance, it feels like a racism story, and in a way it is. But Yarbrough goes where few writers do (Faulkner being one) and where even fewer go with such skill. Yarbrough delves into the class divisions, rather than the racial ones, in Mississippi society (see cover prestige above). Franklin’s Crooked Letter, Crooked Letter (and if you’re from Mississippi, the title needs no explanation), draws parallels in its treatment of the racial divide – and even flips some of the conventional roles – a black cop, a white thug.

What all three have in common is what defines redneck noir – they strip away all the stereotypes and dare to be honest. What remains is an examination of a culture that is often tragic, sometimes violent, always human.

So. Redneck noir. Like I said,  you heard it here first.