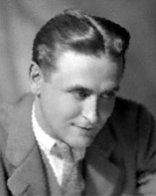 I still haven’t gotten out of the introduction to Tender is the Night. It’s not that it’s that fascinating, I’ve just had very little time to relax, much less read, this week.  But I enjoy taking my time and learning a little about the process behind one of the great novels, and especially the writer.  And Fitzgerald is a lot to absorb.

Yes, I know I’m a book geek. Reading is fundamental.

What grabbed my attention last night was a note Fitzgerald wrote to himself in 1932, before he started writing Tender is the Night.  The note reads:

“Show a man who is a natural idealist, a spoiled priest, giving in for various causes to the ideas of the haute bourgeoisie, and in his rise to the top of the social world losing his idealism, his talent and turning to drink and dissipation. Background one in which the leisure class is at their truly most brilliant and glamorous … “

Yes, it’s a familiar, maybe even trite, theme. That’s kinda the point — nearly 80 years after Fitzgerald wrote this “note to self” — years that have seen the world’s most devastating war, the rise and fall of empires and ideologies, space exploration, the invention of television, computers, cell phones and myriad other inventions of convenience and entertainment — the human condition hasn’t really changed all that much.  Then again, if you read Ecclesiastes, you’ll see the same theme, hardly unchanged since the time of Solomon.  And Thomas Wolfe hit on much the same theme in Bonfire of the Vanities.  Yet, it’s a subject to which writers, many of them, anyway, seem to be drawn.  Why is anybody’s guess, since every writer has his own motivation — and perspective — but Fitzgerald gives this theme a little more light when he describes a character as being like Gen. U.S. Grant before the Civil War, “waiting to be called to an intricate destiny.”

I had to read that one a couple of times. Who hasn’t felt like that — waiting to be called to an intricate destiny — one that often goes unfulfilled for a thousand excuses disguised as reasons?  If only I could get out of this place … If only The Man/They/Everybody Else could see my true talent … If only I weren’t surrounded by idiots … If only.

And this is only the introduction.