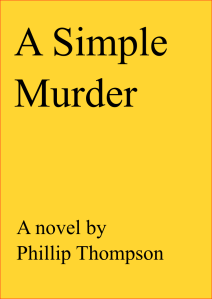 It’s official: Wade Stuart returns in November. I don’t have an exact release date yet (so stay tuned), but the second Wade Stuart novel, A Simple Murder, will be released as a Kindle edition within weeks.

In this installment, Stuart has resigned from the ATF and is content to while away his days in Hawaii as freelance reporter. But when he reports on a murder aboard the Marine base on Oahu, he discovers a sinister plot to kill hundreds of innocent tourists.

You can catch up with Stuart’s exploits here by getting a copy of Enemy Within, the first Wade Stuart novel.