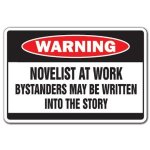 There must be something in the water, or something about the month of May. Whatever it is, to the readers and book-lovers (as well as the idly curious) who made this month my most successful this  year, thank you very much. Glad to know that folks are still enjoying  the antics of Wade Stuart, as well as a story about the Gulf War.

That bit of good news will keep me going (we writers are suckers for a little good news) as I finalize my next novel, “Deep Blood.” If you haven’t checked it out yet, click on the button at the top of the screen and get to know Colt Harper and a little of east Mississippi. And check back here for details on when it will be available.

And if you haven’t joined the Wade Stuart bandwagon yet, get over to Amazon and check out these: 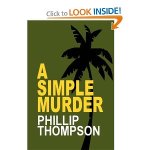 A Simple Murder: the follow-up to Enemy Within, which finds former ATF Wade Stuart in Hawaii, content to while away his days surfing and relaxing. But when he discovers a corpse aboard the Marine Corps base, he’s drawn into a domestic terrorism plot with a terrifying goal. Available in both paperback and Kindle edition. 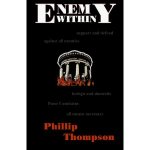 Enemy Within: Former Marine Wade Stuart, an ATF special agent, finds himself working undercover in his home territory, Mississippi, infiltrating a militia unit with lofty goals. When Stuart uncovers a plot to assassinate the governor and take over the state as part of a people’s revolution, Washington plans to send in the 2nd Marine Division to attack the militia. Stuart sees a bloodbath coming, begs for time to quash the plan, but the President sees this as an opportunity to set an example. Isolated and unsure of the decision out of Washington, Stuart must race to shut down the militia before the military arrives.

Into the Storm: A U.S. Marine in the Persian Gulf War: The title is pretty self-explanatory. My view of the Gulf War. Print only.