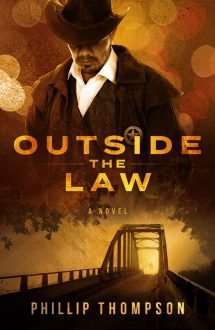 Some early advance reviews for Outside the Law are in, which you can check out below and over at Brash Books.

“Through the deeply flawed character of Sheriff Colt Harper, Phillip Thompson explores Larry Brown’s rough south, digging deeper and seeking a truce with the interloping outside world, and Harper’s tormented inner world as well. Thompson writes about the tendency of a good man toward violence. The need to seek redemption for the sins of the past—even if that redemption is through more violence. Maybe especially. Outside the Law is my kind of book, and Phillip Thompson’s Mississippi is a rough south indeed. One I hope he’ll revisit.”

Eryk Pruitt is the author two crime novels, Dirtbags and Hashtag. He’s also an award-winning filmmaker in North Carolina whose short films Foodie and The Hoodoo of Sweet Mama Rosa have been featured in film festivals across the United States.  His take on Outside the Law:

“Outside the Law marks the long-awaited return of Colt Harper, Phillip Thompson’s hardened Mississippi sheriff dispensing his own brutal brand of justice. It is quintessential Thompson: dialogue flammable as a jar of white lightning, characters real enough to punch in the face, and a plot with more twists than a Mississippi black snake. This book is perfect for folks who weren’t ready for Justified to end.”