Outside the Law is now available for pre-order on Amazon, iBooks, B&N, and Kobo. And it’s coming soon to Google Play and the Brash App. Links here: http://www.brash-books.com/…/outside-the-law-coming-in-feb…/

“Through the deeply flawed character of Sheriff Colt Harper, Phillip Thompson explores Larry Brown’s rough south, digging deeper and seeking a truce with the interloping outside world, and Harper’s tormented inner world as well. Thompson writes about the tendency of a good man toward violence. The need to seek redemption for the sins of the past—even if that redemption is through more violence. Maybe especially. Outside the Law is my kind of book, and Phillip Thompson’s Mississippi is a rough south indeed. One I hope he’ll revisit.” — Grant Jerkins, award-winning author of Done in One and A Very Simple Crime 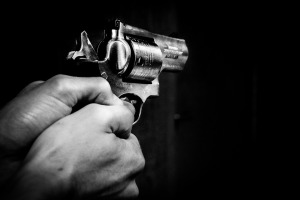 Crime Reviews: Rather Be the Devil, The Harbour Master, Truth Will Out

The Latest and Best in Crime Fiction: Sooner or later, Harry Bosch will have to turn in his gun and retire from police work, but until that time Michael Connelly continues to think up creative ways to keep his old war horse on the job.

Saul Black’s Lovemurder a winner in crime fiction stakes: Let’s start with an apology, something I so rarely have to do here! My Melbourne Cup tip, Jameka, tried hard but did not win. I did find a winner on the day, however, as I read Saul Black’s new crime novel Lovemurder, which Hachette will publish on November 17.