…Outside the Law is released!

Pulp Fiction Cover of the Day 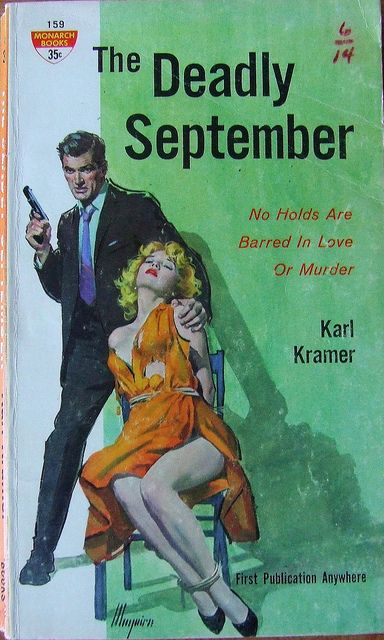 ‘Six Four’ avoids every crime-fiction cliche. The reward is a gripping novel: Hideo Yokoyama’s complex, ingenious and engrossing new novel, “Six Four,” has no serial killers, no femmes fatales, no locked-room murders, no torture, no sexually repressed villains, not even much in the way of forensic evidence.

Book review: The Death of Kings by Rennie Airth: The 1938 murder of a young actress was an open-and-shut case for Kent police… an itinerant farm worker confessed and was hanged for his crime. But was it a miscarriage of justice?

Emma Flint’s shattering debut, ‘Little Deaths,’ leads crime fiction roundup: It has been a long time since a novel captured a time and place as powerfully as Emma Flint’s shattering debut, “Little Deaths.” Inspired by real-life events, the book imparts a poisonous nostalgia in evoking working-class lives in Queens, N.Y., in 1965 — a year after young stabbing victim Kitty Genovese, a bar manager, had her screams for help ignored outside her apartment in that borough’s Kew Gardens neighborhood.