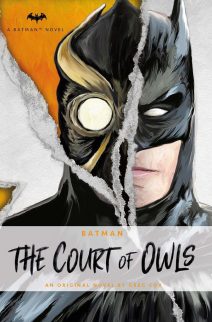 If you’re like me — a Batman fan since your first comic book at age 5 — you probably have thought that, by now, surely the Dark Knight’s story has been thoroughly mapped out, and the universe populated with the complete array of villains and heroes.

Wait, never heard of the Court of Owls? Me, either. Neutralized by Batman at some point long ago, the band of villains shrank into Gothams’ shadows. But the bad guys have now returned, prompting Batman to team up with Nightwing, Barbara Gordon and Batgirl to investigate a series of brutal murders.

A fresh look or same ol’ same ol’? I haven’t read the book yet, so I can’t answer. But according to reviewer Stuart Conover, a longtime fan himself, “We’re back to a Batman who is a detective, and we’re given a fascinating crime story for him to solve.”