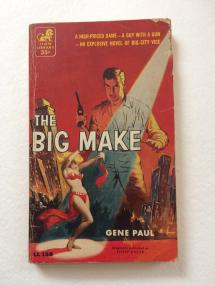 Pulp Fiction cover of the day

In my last post, I mentioned that I’ve become a fan of British crime dramas. That’s been the case for a couple of years now because, frankly, the BBC, et al, produce high-quality TV that beats anything you’ll see on American TV. The notable American exceptions include Breaking Bad, The Shield, The Wire, Justified, and, lately, Ozark.

I shouldn’t say just “British,” because Scandinavia, and by that I mean Sweden, Denmark, Iceland, and Finland, also produce some of the best crime drama/noir on the market. The Bridge and Trapped are my favorites among this group.

Why is this? I’m not really sure. The American examples above are great, I think, because they weren’t produced by or for network TV. Therein lies the difference. American network TV tends to run along the lines of Quantico, The Rookie, Blue Bloods, etc., which are fine, I suppose, for pure entertainment. But the stories are thin, the cast looks like a fashion-model runway, and the characters are (way too often) one-dimensional.

The opposite is the case for BBC and European shows. Sure, these shows are still, for the large part, plot-driven, but the stories are complex, even shocking. Same with the characters: complex, multi-dimensional characters with an intriguing back story. Flawed. Weird. Repugnant. The cast, with a few exceptions, looks like real people. It’s a lot easier to believe these characters when the actors who portray them seem like somebody you’d run into at the grocery store.

Add that all up, and you have some damn satisfying television. Here’s a rundown of some of my favorites. Check them out. You’ll see what I mean.

This one is the gold standard for modern-day TV crime dramas. The show is set in Broadchurch, a fictional English town in Dorset, and focuses on police detectives DI Alec Hardy (David Tennant) and DS Ellie Miller (Olivia Colman). The first two (of three) seasons center on the murder of an 11-year-old local boy and the effect the killing has on the small, tight-knight community. From an acting standpoint, it doesn’t get any better. Watching Tennant and Colman’s relationship develop from hate/hate to respect/respect is pure joy. 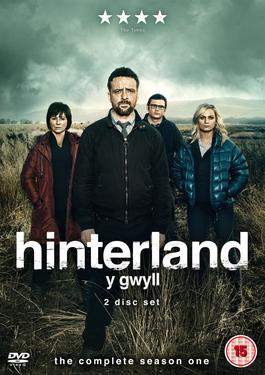 If I had to pick a favorite among this bunch, this would be the one. A three-season Welsh noir series, this compelling show was originally released in the Welsh language on S4C/BBC One Wales. An English-language version was released internationally to Netflix, among others. Interestingly, the show was produced in both languages—every scene was shot twice, once in Welsh, and again in English.

The gorgeous photography sets the mood, which rarely evokes a smile, but the artistic beauty of the show compels you to watch. Harrington and Rhys are competent, determined, and occasionally volatile.

Also Welsh, this one surprised me. Not because of the story or acting; both are as high-quality as any others on this list. At first, I thought this show would be more a women’s drama. Eve Myles, who played a scarily unhinged woman in witness protection in Broadchurch, takes the lead in this story of an attorney whose husband goes missing while she’s on maternity leave. The story is full of twists, and the Season 1 cliffhanger is one of the most interesting on TV. And because it’s Welsh (I guess), it’s also a dual-language show. 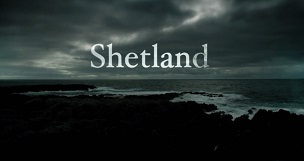 Staying with a sort of “Celtic Noir” theme, this outstanding BBC show is set in the rugged Shetland Islands, about midway between Scotland and Norway.  At five seasons (and I’m hoping for more), this snappy crime drama features Doug Henshall as DI Jimmy Perez and Alison O’Donnell as a newish cop, a detective sergeant, dealing with murder, rape, and human trafficking in the picturesque islands. Mark Bonnar, who seems to be in every BBC show ever made, has the most entertaining role as the hapless philanderer who “co-dads” Perez’s daughter. Shetland pays a lot of attention to the characters, which makes sense since the show is based on, and created by, novelist Ann Cleeves. This one is a close second favorite. 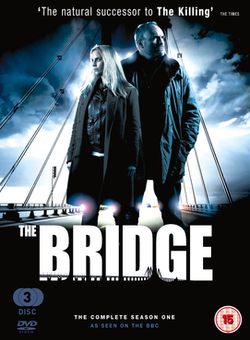 Yeah, this Scandinavian noir has been talked about to death but it’s still the template for Scandinavian neo-noir crime drama. So good it’s been done by American, British, French, and Spanish filmmakers, among others. Sofia Helin and Kim Bodnia defy expectations in their roles as Swedish and Danish detectives, respectively, working on cases that involve both populations. I watched the American and British versions, both of which were solid, but nothing compares to the original.

Thrillers roundup by The Guardian

What if Quentin Tarantino directed “Oceans 11” with Godzilla in the background? This, I guess.