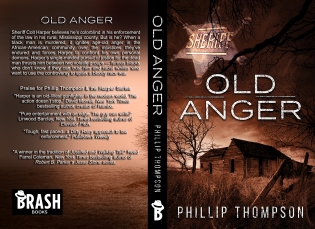 Aug. 17, 2020: I’m excited and pleased to announce that Brash Books and I have teamed up again to produce the third Colt Harper novel, Old Anger. It is scheduled for release on December 1.

In this installment, Sheriff Colt Harper’s investigation of a black man’s murder ignites long-buried bitterness over systemic racism in his county and forces him to confront his own demons … and white supremacists intent on sparking a race war.

Pre-order it now at Amazon.